OpenACC Board of Directors 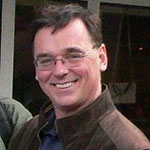 Duncan Poole is Director of Platform Alliances within NVIDIA’s Accelerated Computing Division. His responsibilities reach across the developer tool chain, to drive successful partnerships where engineering interfaces are adopted by external parties building tools for accelerated computing. This includes operating systems, compilers, profilers, debuggers, performance analysis tools, compute and communications libraries. Duncan is also the president of OpenACC, and is on the board of OpenMP and OpenUCF. These organizations benefit developers wanting good performance and portability in their accelerated code. 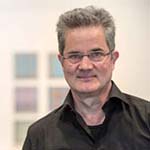 Thomas Schulthess is Professor of Computational Physics at ETH Zurich and Director of the Swiss National Supercomputing Center (CSCS) since 2008. He received his Ph.D. in 1994 from ETH Zürich and spent 10 years at Oak Ridge National Laboratory, where today he holds a distinguished visiting scientist appointment. Thomas led the teams that won the ACM Gordon Bell Prizes in 2008 and 2009 with the first production-level applications sustaining a petaflops on ORNL’s first peta-scale supercomputers.

As director of CSCS that hosts the operational weather forecasting systems of MeteoSwiss, Thomas took interest in developing software systems for weather and climate simulations, as wells a design of computing systems for numerical weather prediction. Under his leadership, CSCS was the first center in Europe that deployed a productive GPU-accelerated supercomputing system in 2013, and co-designed with Cray, NVIDIA and MeteoSwiss the first GPU-based weather forecasting system that has been deployed in 2015, and since spring 2016 is running MeteoSwiss’ new COSMO-NEXT model at 1km horizontal resolution. For this work CSCS and MeteoSwiss received the 2016 Swiss ICT Award for Outstanding IT-Based Projects and Services. Thomas was also honored with 2019 Doron Prize for for his outstanding achievements in the field of supercomputing. 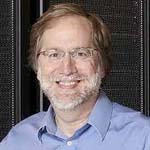 Dan Jacobson is a computational systems biologist at Oak Ridge National Laboratory with a career that has included leadership roles in academic, corporate, NGO and national lab settings. His lab focuses on the development and subsequent application of supercomputing-based computational methods to biological datasets. These methods are applied to various population-scale multiomics data sets in an attempt to better understand the functional relationships at play in biological organisms and communities. Dan's group at ORNL studies many systems - from viruses to microbes to plants to Drosophila, mice and humans. His lab is actively working on the discovery of mechanistic models for COVID-19 pathology.

Dan’s lab was the first group to break the Exascale barrier and is happy to have done so for a biology project.  At present, his lab has performed the two fastest--2.3, and 2.41 Exaflops--calculations done in human history. This work led to his team being awarded the prestigious 2018 Gordon Bell Prize, the first ever for Systems Biology. 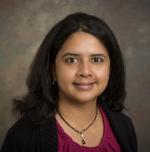 Sunita Chandrasekaran is an Associate Professor with the Department of Computer and Information Sciences (CIS) at the University of Delaware and a computational scientist at Brookhaven National Laboratory. Her research interests span parallel programming models, performance analysis, machine learning, and developing research scientific software for large scale real-world applications targeting upcoming systems. She leads several projects including Exascale Computing Project (ECP) SOLLVE, Center for Accelerated Application Readiness (CAAR) at ORNL, a solar physics project with NCAR among others. Her work has been recognized with a 2016 IEEE Technical Consortium on High Performance Computing (TCHPC) for Early Career Researchers award among other awards. Sunita holds a PhD in computer science engineering from Nanyang Technological University, Singapore and a bachelor’s degree in electrical and electronics from Anna University, India.